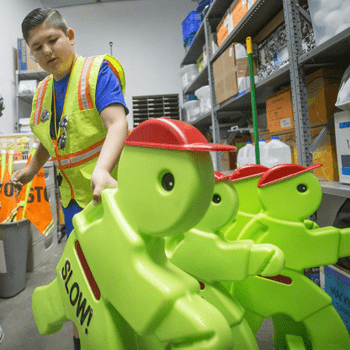 From what I can tell, folks generally weren't too rowdy this past weekend — at least compared to last year when it seems a lot of us were very eager to say goodbye to 2020.

I took a look at the weekend police logs and fireworks calls were half of what they were last year.

I'm not exactly a delete-er of emails so I compared the total fireworks calls from each of the last three New Year's Eves.

Do these numbers match up with what you heard or saw?

Liked by Davis Wealth and 3 others

Wenatchee Police told me that on Thursday they arrested a suspected drug dealer in possession of almost 1,600 pills of fentanyl.

Fentanyl is a synthetic opioid with 50 times the potency of heroin, according to the CDC.

Det. Sgt. Nathan Hahn said fentanyl use appears to be on the rise locally.

“The indications that I’m getting are that it’s becoming more of a problem,” Hahn said, speaking on behalf of officers assigned to drug enforcement. “They’re seeing a lot less heroin in the (Wenatchee Valley) and a lot more fentanyl.”

I have sent the following email (link to URL below) to Wenatchee School Board members, School Administrators, and Sgt Hahn at the Wenatchee Police Department.  I urge other parents to consider sending a similar letter to these same recipients to ensure these people in charge that we as parents do not take the safety of our children for granted and they need to provide hard assurances that our schools are safe places for our children to learn and grow into young adulthood.

A 42-year-old woman was found dead Sunday at the Chelan County Regional Justice Center. She was booked into the jail earlier that day. Investigators haven't released much yet, including her name, cause of death and why she was arrested.

Joseph Verville, a 38-year-old man from East Wenatchee, was found dead Sept. 7 at the jail in a single-person cell. Authorities suspect he died of a medical problem — they've noted there was no signs of trauma on his body — and results from a toxicology test are expected in the next few weeks.

It's not yet clear what, if any, connection there is between the two deaths.

You can read about the latest death here.

A Foundation of Excellence!
0